WhatsApp has announced a new restriction on message forwarding as it seeks to combat the rise of misinformation campaigns flowing through the app.

As explained by WhatsApp:

“Last year we introduced users to the concept of messages that have been forwarded many times. These messages are labeled with double arrows to indicate they did not originate from a close contact. In effect, these messages are less personal compared to typical messages sent on WhatsApp. We are now introducing a limit so that these messages can only be forwarded to one chat at a time.”

The new restrictions build on the measures WhatsApp announced in April, when it ruled that messages which had been identified as “highly forwarded” – i.e. sent through a chain of five or more people – would only be able to be forwarded to a single person. WhatsApp also limited message forwarding to only five other users at a time in January last year.

There was a time when users were free to forward WhatsApp messages to 256 people if they wanted, but more recently, the app has increasingly become a weapon of choice for misinformation campaigns – which have been particularly damaging, at times, amid the COVID-19 pandemic.

Indeed, various reports have singled out WhatsApp as a key source of such campaigns. According to a recent report in The Guardian, WhatsApp’s end-to-end encryption, and massive reach, have made it an attractive option for misinformation initiatives. In the case of COVID-19, those campaigns have ranged from false “cures” to 5G signals amplifying the spread, to turning an indoor football pitch into a giant oven to cook lasagne for the needy (yes, seriously).

As per The Guardian:

“More traditional social networks such as Facebook and search engines such as Google have made substantial efforts to crack down on coronavirus misinformation, but messages on WhatsApp are encrypted and untraced, which means claims can be viewed by tens of millions of people without being fact-checked by authorities or news organizations. It’s relatively easy for a Facebook moderator to remove a public post that breaks the services’ rules, but the encryption WhatsApp uses means that no one other than those involved in a conversation can see the material shared and relies on individuals self-policing their conversations.”

WhatsApp’s reach makes is a significant concern in this respect. WhatsApp is by far the leading messaging app in many markets, and is particularly popular in developing regions.

Given this, the ability to access accurate information via WhatsApp is essential to limiting COVID-19’s spread.

Worth noting too, Facebook is also testing similar limits on message forwarding in Messenger, which is also seeing similar increases in misinformation campaigns.

Facebook Messenger is working on limiting the amount of threads a message can be forwarded at a time, in order to add frictions on misinformation 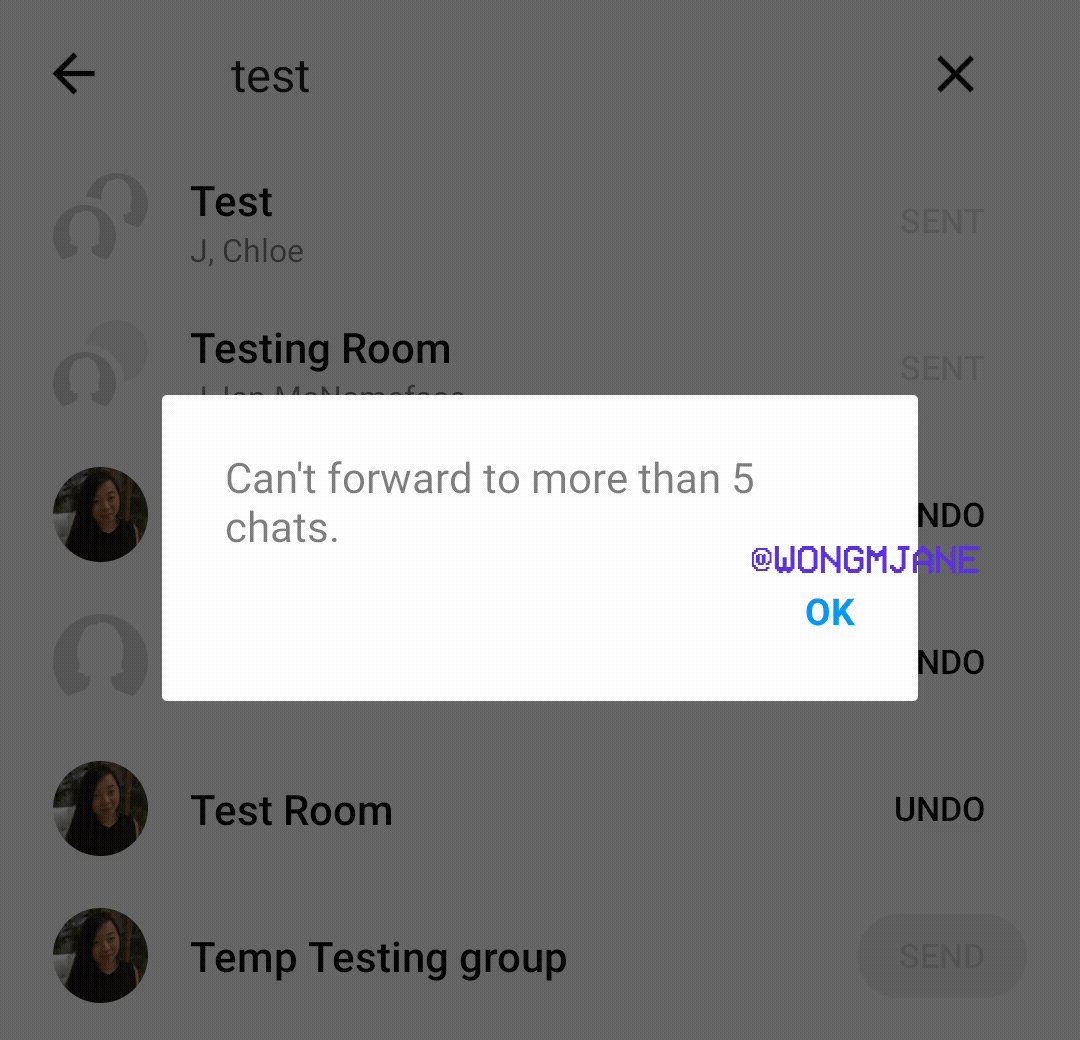 31 people are talking about this

The ability to access accurate, timely information is critical right now, as people in all regions need to understand what they need to do to limit the spread of COVID-19, how they can protect themselves, and what’s happening in regards to restrictions. Facebook has been working hard to combat misinformation on its platforms, but as noted, the encrypted messaging of WhatsApp makes that even more complex, limiting the capacity for Facebook to intervene.

As such, forwarding restrictions make sense, but it is concerning that WhatsApp has become a key option for such efforts. That could complicate all such mitigation efforts moving forward – while it may also bolster authorities that have been calling for Facebook to allow access into WhatsApp for investigations, as the app is increasingly used by criminal organizations to facilitate their operations.

The fact that WhatsApp has been forced to implement such measures aligns with this push, and could see Facebook forced to halt its plans to roll out encryption across all of its messaging services in future.